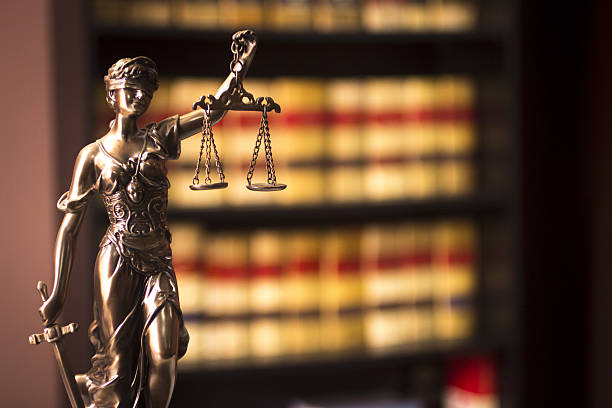 Here are some examples of the types of cases I’ve handled.

“She will go to the ends of the earth for her clients.”

That’s what Attorney Michael Marks, a well-known mediator in Vermont, said to the defendants in one of my cases .”Do you really want this to continue?” he asked of them during a mediation session.

I got both Sandri Oil company and the Masonic Lodge to settle my consumer fraud case, largely because I employed my investigative skills to nail down the evidence needed to achieve a settlement. I discovered, though persistent questioning of the state of Vermont, witness interviews and archival newspaper research, that an underground gasoline plume that  contaminated my client’s property  in Richford (adjoining Sandri’s gas station, and purchased from the Masons) was heading  up Main Street toward a new health center –something all the town elders knew about but kept quiet. Quel scandal! Needless to say, defendants settled.

I helped my African-American client gain shared custody of his eight year old daughter after a long battle with her (white) mother’s resistance to sharing custody with this African-American family. We convinced the court that Mom’s resistance, her fabrications of child abuse and calls to the police were completely unfounded and unwarranted. For the first time, my client will be able to take his daughter on a trip out of state to meet the rest of her family this August. Long overdue!

Imagine suffering excruciating pain from a tooth infection and not getting the proper treatment, resulting in the infection spreading to your right jaw and eating away at the bone (osteomyelitis). My client almost died. (Yes — a human can die from a tooth infection, something known since prehistoric times!). He lost half his jaw and spent years of painful jaw reconstruction, as well as suffering scarring and permanent numbness in his mouth.

Getting a good expert to testify on behalf of the plaintiff is crucial to winning a medmal case. I was able to secure as an expert Dr. Thomas Flynn, tops in his field and for years Director of Predoctoral Oral and Maxillofacial Surgery at the Harvard School of Dental Medicine. He found twelve (count them -12!) instances in which the defendant oral surgeon, Dr. Albert Hardy, violated the standard of care while treating my client. including failure to take proper x-rays of the infection and failure to properly diagnose osteomyelitis until it was too late to save the jaw. I also filed a professional conduct complaint with the Secretary of State’s Office of Professional Regulation and received a ruling from the Board of Dental Examiners that Dr. Hardy had engaged in unprofessional conduct, noting multiple violations similar to those enumerated by our expert.

The Board ordered him to pay a fine, undergo supervision and take remedial courses for the next three years. Secretary of State Jim Condos, whose department oversees professional conduct complaints, can attest to my diligence and determination in pursuing this matter. The case eventually settled with the assistance of co-counsels Tina Shoup and John Evers. It was a happy outcome for my client, but he will never be the same thanks to Dr. Hardy’s malpractice.

During my 2010 campaign for Attorney General, I saw Jill Alexander of Cabot, Vt stand up to Governor Shumlin at a campaign event and ask him point blank, “When is the state going to DO something to stop poisoning our community!” I went up to her afterwards and asked for more information. She burst into tears and told me how her mother and father had come down with serious illnesses and died after working at the Cabot cheese factory in Cabot Vermont. Their family farm abutted the property and their drinking well became contaminated by chemically-ladened wastewater (used for cleaning cheese tables) that was sprayed onto their fields – and fields in 36 other Vermont towns.

I’ll never forget driving with Jill and some other members of their group, “Whey to Go,” through the streets of Cabot. I asked them to point out houses where a family member had become sick or died from cancer. It seemed like they pointed to every other house on the road! There are also instances of ALS, or Lou Gehrig’s disease, in the region, especially around Plainfield.  My research revealed that the dangers of wastewater runoff polluting Vermont’s streams were actually anticipated in 1990 when Timothy Burke, Commissioner of the Department of Environmental Conservation and Jonathan Lash, Secretary of the Agency of Natural Resources, issued land application guidelines.  They admitted that  “Improper handling can lead to severe pollution problems. Overloading of fields by land applications can result in runoff to surface water which can lead to oxygen depletion and fish kill. Furthermore, the nutrient content of dairy processing wastes can accelerate eutrophication in many surface waters.” Eutrophication creates blue-green algae, which has been linked to ALS, a painful and deadly degenerative disease of the nervous system.

For the next three years, I represented Jill and Whey to Go to try and get Cabot to clean up its act. We and a subsequently-formed Stakeholders Group got Cabot to initiate some reforms put into land use permits, like more monitoring of the lands and streams, installing a new pHcontrol system, doing soil samples, but in my opinion – and that of others – Cabot should abandon entirely its “land-application” of wastewater and either find an alternative way to get rid of their waste, or pick up and leave.  But that’s a tall order: Cabot, alias AgriMark (an out of state agri-business that owns Cabot—not family farms as still alleged) is extremely powerful as a “Vermont success story,” and its brand-name cheeses are very popular. With all the attention on how to clean up blue green algae on Lake Champlain and other bodies of water in Vermont, the focus has been on getting farmers to improve their manure-spreading while completely ignoring the industrial polluters like Cabot, whose phosphorous-heavy wastewater from its Middlebury plant overloaded the city’s wastewater treatment plant. See my articles on this subject under “My writings.”

Going after the Office of Child Support

In a complicated case against the Office of Child Support (Powers v Vt. Office of Child Support, 173 Vt.390 (2002)) I pursued every conceivable angle to get back child support for my client, from doggedly pursuing the  release of her records from the Office of Child Support, which was improperly withholding child support payments, to filing a negligence and Section 1983 civil rights lawsuit in Vermont Superior Court against OCS (OCS removed it to federal court, where the 1983 claim was dismissed on sovereign immunity grounds, and the negligence claim was remanded back to Superior Court), to arguing in the Vermont Supreme Court, to finally taking the case to New York and getting my client’s ex-husband incarcerated for failure to pay back child support; she was finally awarded a monthly fee for the rest of her life.